'The Maid of the Loch' Paddle Steamer

How to get there : Pier Road or Ben Lomond Way near Lomond Shores - Balloch Station. Loch Lomond's Paddle Steamer on Loch Lomond, at Balloch Pier.

Open to the public as a family-friendly historic visitor attraction and as a unique venue for events and functions.

PS Maid of the Loch is the last of a long line of Loch Lomond steamers that began about 1816. She was built by A. & J. Inglis of Glasgow launched on Thursday 5 March 1953. She is a "knock down" ship: that is, after assembly at the shipyard she was dismantled, and shipped to the loch by rail to Balloch where her sections were reassembled on a purpose built slipway.

Her two-cylinder compound diagonal steam engine is less advanced than had become usual on steamers such as the P.S.Waverley, but was considered suitable for the limited area of operations. 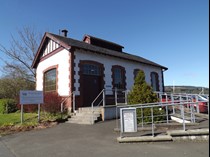 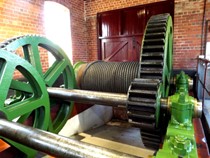 The restored A listed Balloch Steam Slipway is capable of pulling the 555 gross ton Maid of the Loch out of the loch. Well worth a visit in its own right. 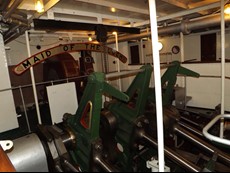 Then board the paddle steamer itself. You can wander the decks and admire the great paddles. There is continuous work on the boat, but depending on what is in hand on the day, you should be able to see the great engines. Then back up for a cup of tea.

Guided tours will be available all day aboard the ship.

Take up the Signal Challenge and other quizzes.

There will be interactive activities at the steam powered slipway.

Haul up the Cargo.