Stone, Sea and Sky - celebrating the architecture and culture of Scotland's islands

Stone, Sea and Sky is a Doors Open Days 30th anniversary project that celebrates the places, spaces and stories of Scotland’s islands.

We hosted free workshops for primary pupils across venues in Benbecula, Bute, Harris, Lewis and Luing. We partnered with local architects and artists to deliver these workshops to celebrate the unique buildings and culture of island communities. Pupils were encouraged to explore their local surroundings in new ways - through kaleidoscopes, tracing paper, glass and camera lenses. Activities ranged from sharing stories about what their local spaces mean to them, taking guided walks around local buildings, redesigning a local building or thinking up a completely new one! 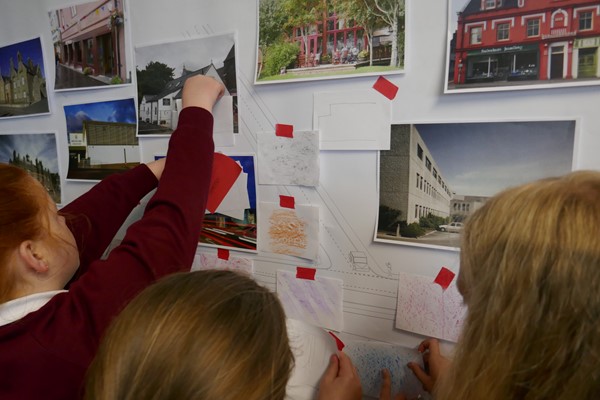 Pupils from Stornoway Primary participating in one of the Place Discovery workshops as part of Stone, Sea and Sky.

The artist collective Civic Soup, who worked in Lewis and Harris, highlighted how the workshops encouraged students to slow down and connect to their local spaces and stories:

“The kaleidoscopes they produced and the photographs they took with them as part of the workshops are something they can keep, and will remind them how looking at something you see every day a little bit differently can quickly make it new, exciting and engaging” 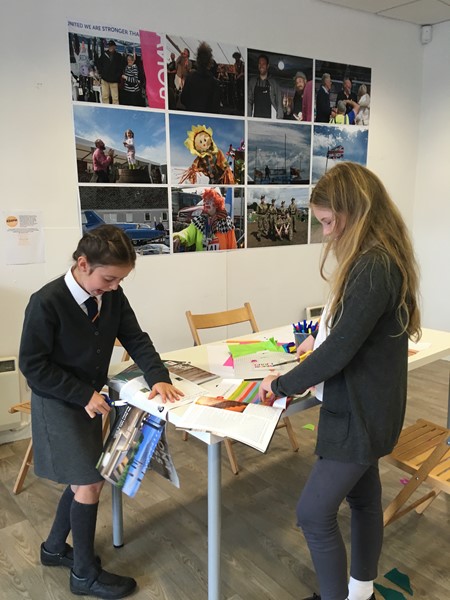 Pupils participating in one of the Place Discovery workshops as part of Stone, Sea and Sky.

Architect Shauna Cameron, who worked in Bute and Luing, added that the workshops played a key role in creating a feeling of belonging by, “showing children that their ‘heritage’ is all around them and that they are familiar with it, even if subconsciously. I feel that starting this discussion on local spaces and stories helps to establish and ‘sense of place’ and connection to their heritage.”

Participating teachers noted that the students gained a sense of pride from the workshops because they were an important and somewhat rare opportunity to explore their surrounding environments, instead of focusing on national histories that tended to focus on Scotland's cities. 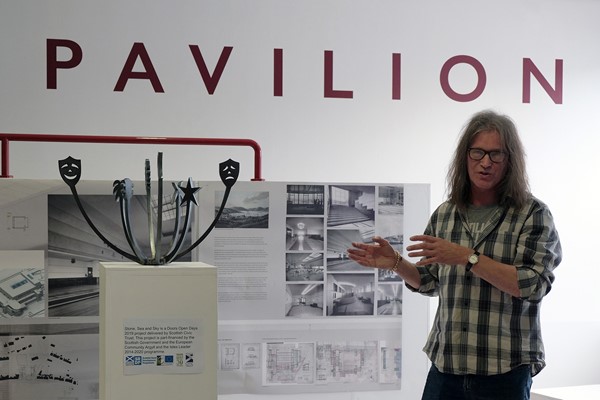 Artist Alec Galloway with the new public sculpture that was revealed in Rothesay. 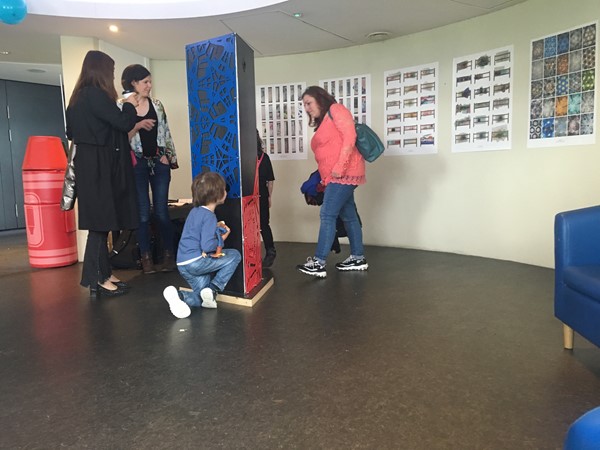 School pupils and members of the public engage with the new public sculpture by artist collective Civic Soup that was revealed in Stornoway.

We wrapped up the Stone, Sea and Sky and Doors Open Days 30th anniversary by revealing new public sculptures in Stornoway and Rothesay on the last weekend of September. Workshop participants, families and the public gathered to witness the sculpture unveilings, see the students’ work and celebrate our 30th birthday with us!

A huge thanks to our partners RIAS (Royal Incorporation of Architects in Scotland), and island venues: Rothesay Pavilion, Taigh Chearsabhagh, An Lanntair, and The Atlantic Islands Centre Luing; the architects and artists; and the participating pupils!

We’d love to keep hearing from you about the places, spaces and stories of the islands. Share your thoughts with us on social media #DODscot #DODscot30