Cultural Embassies: What joins us is greater than what divides us

We have mapped the unique, unknown, strange and surprising connections between Scotland and 27 of its European neighbours. From Scottish scientists intervening to prevent a harrowing halloumi shortage, to Scottish-engineered wave energy technology providing power to Portugal, our shared culture takes many forms. We encourage you to visit the sites and tag us on social media for the chance to be entered in a prize draw! 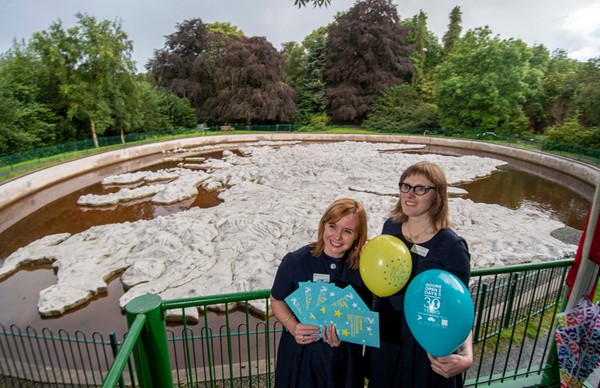 Scottish Civic Trust Director Susan O'Connor and Doors Open Days National Coordinator Nicola Godsal and the Cultural Embassies launch on 7 August 2019 at the Great Polish Map of Scotland. The Great Polish Map of Scotland is one of the connections featured on the Cultural Embassies map and was built by Jan Tomasik, a Polish immigrant, between 1974 and 1979. It is believed to be the largest terrain relief model in the world.

So how did we compile these varied connections? Doors Open Days Project Intern, Erin Burke, started her post in July and then eagerly set to work researching high and wide for European connections to Scotland. No rock went unturned as Erin searched through journal articles, books and newspapers; reached out to embassies and cultural groups; and compiled a wide range of Scotland's shared European history and culture. Her work resulted in a map of Europe in Scotland, which pinpoints European connections nationwide. This map is available in iCentres across Scotland, or for download here on our website. Remember, we're holding a prize draw for those who visit the Cultural Embassies sites and tag us on social media - so head to the sites and get tagging! 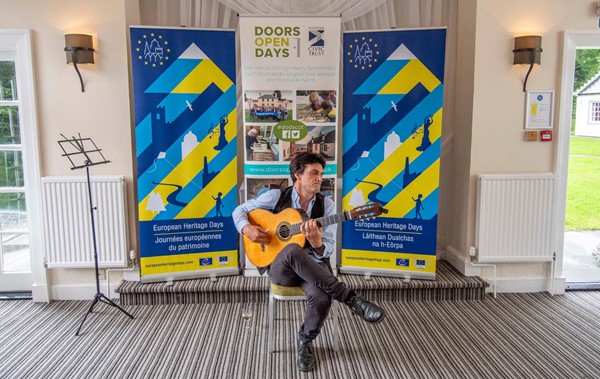 Funded by the Council of Europe, Cultural Embassies celebrates Scotland's shared cultural heritage with Europe and is part the 30th year of Doors Open Days in Scotland. Doors Open Days are part of Scotland's contributions to European Heritage Days, which take place in 50 countries across Europe every September. The National Coordinator of Doors Open Days, Nicola Godsal, has highlighted the importance of embracing our shared culture: "Cultural Embassies is a great reminder that we may be Scottish residents, but our outlook is far wider, through song, dance, food, architecture, art."

Thank you to all who helped pinpoint connections and shared their stories. We love to see you visiting these sites and also welcome any European connections of your own! Share your visits and connections with us on social media #DODscot #DODscot30 to be entered into a prize draw.